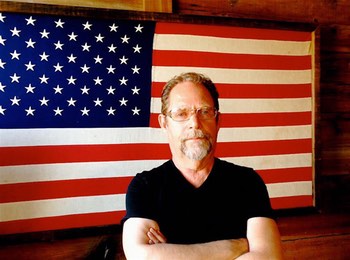 David is an artist whose unique application of watercolors and oils achieves a remarkable depth of color and emotional intensity. For the past thirty years, this native New Yorker has re-created with an eye for detail, vintage architecture of the 1930′s, 40′s and 50′s on paper and canvas, only to find later that many of his subjects had been lost to a wrecking ball. Architectural details are exact except for the colors which are enhanced.

His work is held in many corporate collections including 20th Century Fox, Los Angeles, Bank of America, World Headquarters in San Francisco to numerous private collections. Paintings have been exhibited in many museums including the Palm Springs Desert Museum, the Laguna Beach Art Museum, the Winston Churchill Museum, the Taos Art Museum and the Mississippi Museum of Art. Many subjects are available as signed limited editions.

Beneath the Paint Lies a Hidden Talent

David was featured in an article in the Laguna Beach Independent about his new screen play based on his father’s life.

Concentrating on the paintings’ careful line work and palette, chosen to give new life to structures and signage long gone under the wrecking ball, a viewer senses a peaceful vibe among works by Milton, one of 140 artists exhibiting at last year’s Festival of Arts. One would never suspect the Laguna Beach artist was born to a firebrand New York labor activist and journalist who wielded both a pen and a firearm and heroically saved a comrade and British novelist on the battlefield.

The full article can be read here