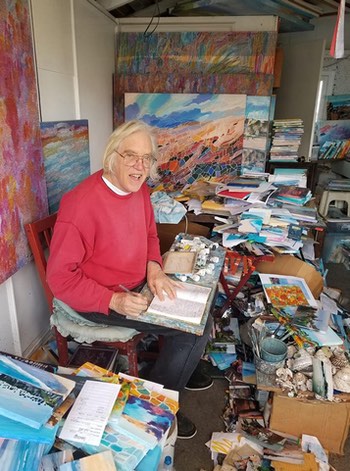 Doug is the man-about-town here in Laguna Beach. Doug is a painter, photographer AND a musician. Then, there is that amazing compilation of local Laguna Beach history.

Fiddler in Corky Carroll,s "Funk Dog Surf Band" with the fabulous "corkettes" '75 to '77 -- Opened at the Troubador In L.A. for Jackson Brown "76, East Coast tour "76, violin on single "Skateboard Bill"-- '76 recorded at Jan and Dean's studio in Santa Monica.