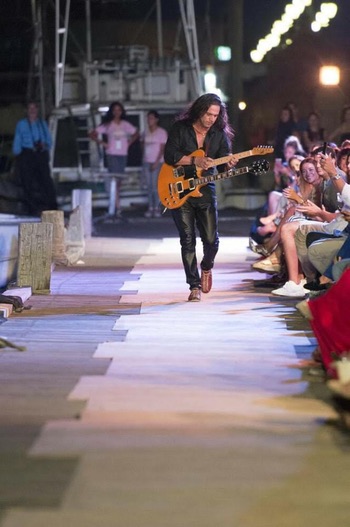 Ernesto began his amazing musical career at age 11, inspired by rock n' roll music and his Father who was a luthier violin maker. As he got older, his interests spanned a wide range of genres from Uriah Heep, Black Sabbath, Sweet, Deep Purple, Kiss, Thin Lizzy to Cat Stevens, The Beatles and Queen. Flamenco music by Paco de Lucia and classical music composers such as Frederick Handel, Vivaldi and Mozart also molded his musical path forward. Over the years Ernesto performed with an impressive lineup of famous musicians such as Reo Speedwagon, Joe Perry project, Soda Stereo and Eros Ramazzotti. In 2010 Ernesto performed a guitar duet with Johnny Farina (from Santo & Johnny), the composer of the Grammy Awards song "Sleep Walk" at a private event in Aruba. Ernesto lived in Laguna Beach, California, and performed all over California, the nation and the world. He now resides in Aruba where he spends his time with his new wife, and performs beachside, much of the time under the stars.

Ernesto's Message to You:
Hello to all of my friends and family from all over the world!

I am excited to share with you this beautiful and emotional version of "Imagine" by John Lennon, a video that I recently finished mixing and editing. I am very honored to have been able to work on this great musical production with some friends who had made, and are still making history in the world of music!

Featured in this release with me are: Roger Earl, the drummer and founder of the legendary British rock band FOGHAT - Jim Gordon (jimsjazz.com) pianist and saxophone player who worked on JOHN LENNON'S Rock n' Roll album, and many other productions and tours with JANIS JOPLIN, ROD STEWARD, BILLY PRESTON, RINGO STAR, TINA TURNER and many more - Richie Ranno, an extraordinary guitarist from the 70s Heavy Metal band STARZ - Tom Croucier, bassist from Los Angeles who worked with Dokken, Santana, The Turtles and Scorpions - Ivan Valles, drummer and music producer who graduated with honors from the Berklee College of Music, and who also worked with Mexican boleros pioneer ARMANDO MANZANERO, Grammy Award winner Nestor Torres, accomplished film maker Michael Moore, among others.

THANK YOU to all of them who put their time and dedication into this beautiful instrumental version of "Imagine", one where words are not necessary. Carried in each note, in each percussion hit, there is the feeling of PEACE and OPTIMISM, a message most needed during these turbulent times, worldwide.

WE CAN DO BETTER, WE CAN HAVE A BETTER WORLD! 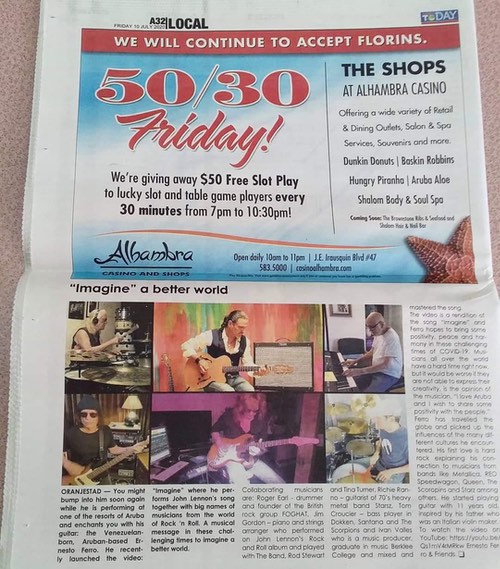 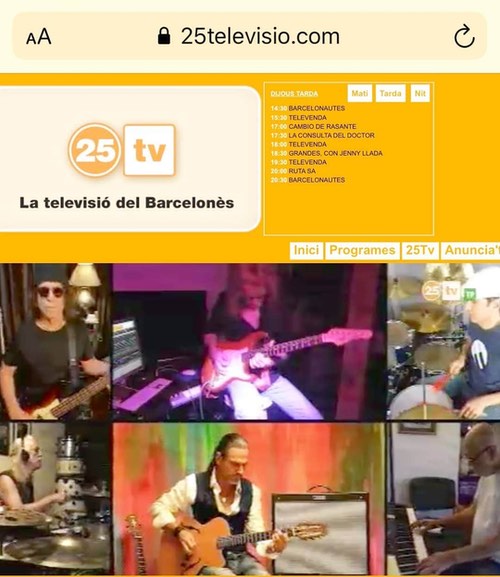