Meet Mariano “Maro” and Martin Molteni, brothers, Chef owners and operators of the landmark Royal Hawaiian, established in 1947 in Laguna Beach. The grand reopening of the legendary Royal Hawaiian was on April 3, 2019 as the Royal Hawaiian Fire Grill.

The two brothers have independently collected a host of awards and accolades regionally and internationally, but have decided to devote “the next decade ahead” to collaborating and creating successful concepts together.

The iconic "go-to" Royal Hawaiian opened their doors in 1947, and for decades were known for their easy-going, nostalgic Polynesian décor, great steaks and fresh fish, and of course for their famed Lapu Lapu cocktail made with a tasty variety of rums, syrups and fruit juices that pack a serious punch.

Born and raised in Argentina, the Molteni brothers pay homage to Royal Hawaiian’s Polynesian culture, particularly as wood-grilled beef, chicken, pork, and seafood is so much a part of that world. For centuries, Hawaiians have crafted their meals over open wood fires in the great outdoors, a culinary skill that syncs beautifully with similar Argentinian heritage. 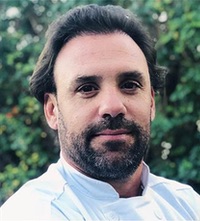 For more than 20 years, Chef Mariano “Maro” Molteni has perfected operations and customer satisfaction in the food and beverage industry. With a degree in Hotel Management, Chef Maro has traveled a world of cuisines and cross cultures, working in upper-tier levels of Hotel Management and Food & Beverage leadership. He has also operated and owned restaurants in Argentina, Brazil, Mexico, Columbia and in both New York and South Orange County in the United States.

From extensive operations and management, Chef Maro stepped into ownership of his first tapas restaurant in 2001, and then opened Maro Wood Grill. Initially a New York-based restaurant, Chef Maro and his family moved to Laguna Beach with the Maro Wood Grill concept, establishing it there in January 2011.

Chef Maro sold Maro Wood Grill in early 2017 to return to Argentina for a year to help his brother, Martin with various restaurant and catering openings. He returned in the summer of 2018, and in equal partnership with his brother, took over the complete ownership and operation of the Royal Hawaiian in Laguna Beach in January 2019. Changing the name of the iconic restaurant to the Royal Hawaiian Fire Grill, the Molteni brothers revamped interior and kitchen, adding their famed wood grill in a nod to the original “Royal Hawaiian Grill” of the 1960s and 1970s. 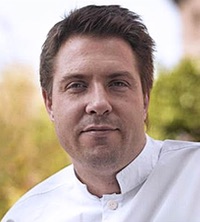 Argentine Chef Martín Molteni grew up in a restaurant family and knew he wanted to pursue a chef’s life at the age of 12. At 15, Chef Martin began his culinary studies at the Regency Hotel School in Australia, and upon graduation he returned to Argentina to work at Alkorta and Tagle, Parque de la Costa, Tago Mago and Lola.

Chef Martin has made the rounds in the culinary competition circuit, participating in the Trophy of Cuisine and Pastry International in 2011; Golden Cap, where he won first, second, and third prizes; and the internationally famed Bocuse d’Or in 2003. He’s also served on the juries at Golden Cap, Manos en la Olla, Frankfurt National Concourse Chefs, and Joven Chef del Año.

Chef Martin served as Gastronomic Manager at Mares Sur Hotels in Patagonia, Noroeste, and Pampa Argentina, from 2002 to 2004. In 2006, he began the Puratierra project with an aim to create a culinary world of indigenous Argentinian cuisine on different platforms, including a catering division and the renowned restaurant, Puratierra. The restaurant has been awarded “Best New Restaurant,” was chosen as “50 Best” on the San Pellegrino list, and Chef Martin has also been awarded “Chef of the Year” for Argentina.

In 2009, Martin Molteni founded the Academia Bocuse Argentina and also works as the head of postgraduate cuisine of CEIG in the Province of Córdoba.